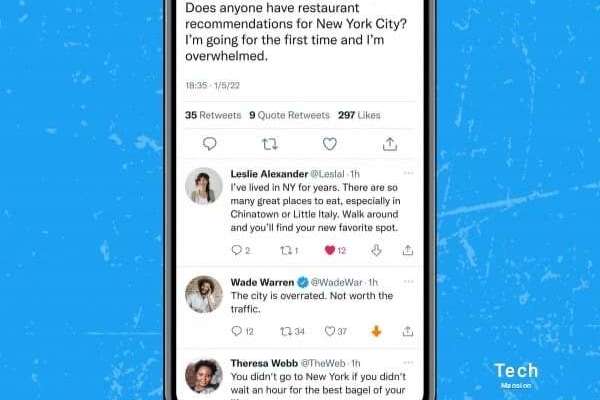 The feature will be available on the web and will be available for iOS and Android in the near future. You’ll be able to downvote answers to a tweet by clicking the down arrow next to the Like button once you’ve got it.

However, keep in mind that the downvote button is not a dislike button and will not affect the order of responses. The downvotes will also not be visible to the public, according to Twitter, and will only be used to assist the company determine what kind of material its users want to see.

Twitter increases reply downvote test to worldwide audience Twitter also revealed some of the results of its experiment. A majority of people downvoted a response because it was offensive, irrelevant, or both, according to the social media business.

Users frequently used the downvote button to flag content they didn’t want to see, and participants in the study agreed that downvoting “improves the quality of conversations on Twitter,” according to the company.